Dream Paintings
The sixth grade classes just finished up some really fun paintings based on the work of Marc Chagall.  Since the last few projects have been based on observational drawing I thought it would be good to go to the other end of the spectrum and do something using pure imagination.

As students walked into class the first day, I had them make a list of 10 nouns and 10 verbs based on things they were interested in.  Some of my noun examples were a paint brush, an iPod and a basketball, while a couple of my verb examples were painting and dancing. They then wrote down one noun on a piece of paper and gave it to someone at their table.  They did the same thing with the verb, giving it to different person at the table.  Each student now had a noun and verb in front of them.  Their job was to do a five minute illustrating the combination, such as an iPod dancing or basketball painting.

Once they got the idea of thinking outside the box we looked at some works by Marc Chagall.  We saw how he combined different creatures together, had floating or flying objects, drew things upside down and also used symbols.  Students were asked to create their own dream painting that revolved around a theme that was personal to them, while also incorporating at least two key characteristics of Chagall’s work.  They were told that a wild imagination was a wonderful thing for this project.

Students then went back to their original lists of nouns and verbs to do some brainstorming.  After the final sketches were done on watercolor paper, they outlined them with black Sharpie markers to keep their drawings bold.  We then used liquid watercolors to add spectacular bright colors to their work.  Overall they were a lot of fun to create.  Some of their finished pieces can be seen below! 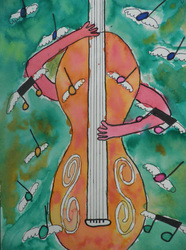 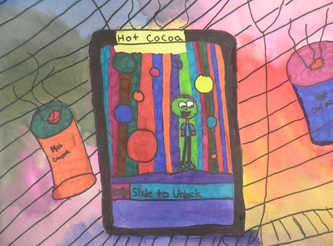 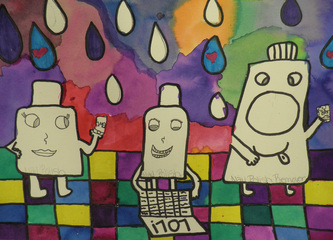 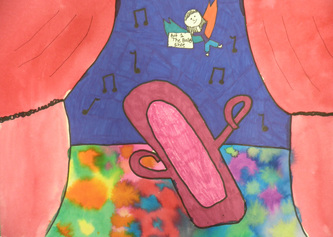 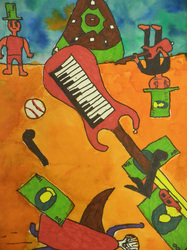 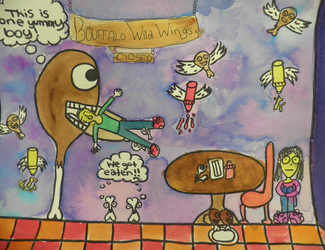 Great trip to the Institute of Contemporary Art! 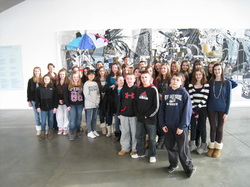 Students in the two 2D Art Elective classes attended a field trip to the ICA on January 6th, 2011.  Students spent an hour touring the museum in small groups with a guide.  They got to see the work of Mark Bradford who specializes in collage, mixed-media paintings.  Students spent another hour creating artwork inspired by Bradford's work in the museum's Art Lab.  After having lunch in the museum's cafe we toured the rest of the museum and headed back to Coolidge.  We really had a fun art day in Boston!  Check out some of their creations from the trip below. 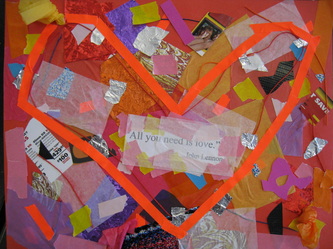 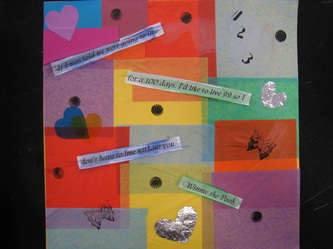 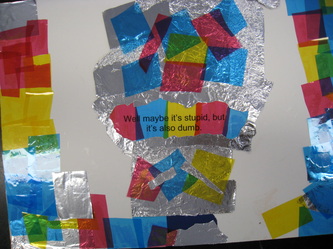 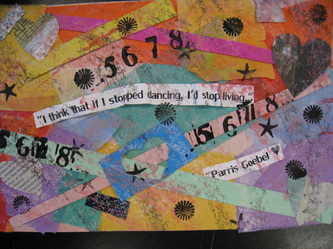 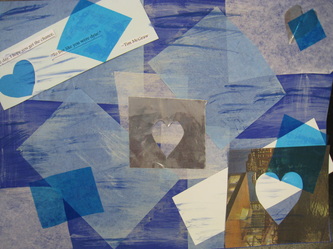 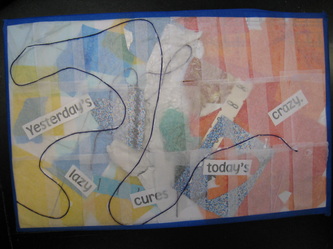 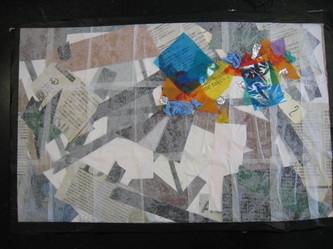 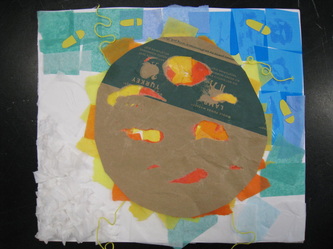 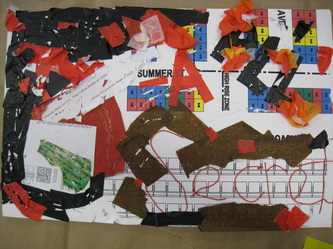 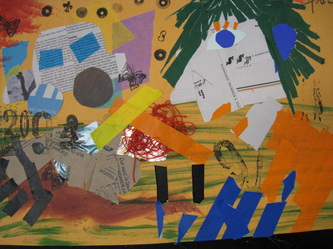 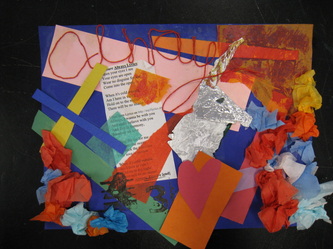 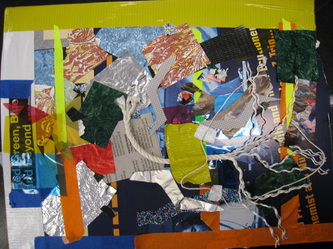 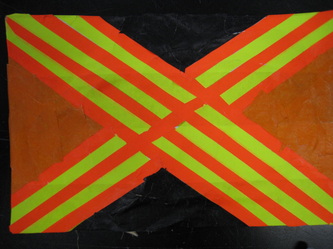 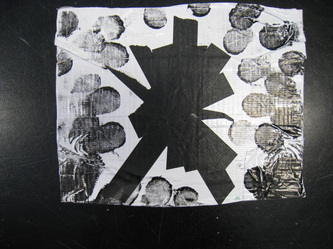 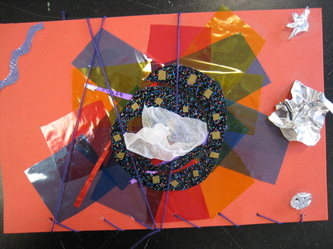